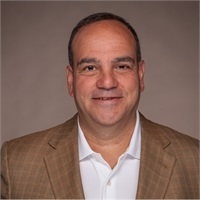 On summer afternoons in the Bronx in the 1960s, Don and his family would take strolls down Fordham Road to Alexander’s, a popular clothing store. While his mother and sister went shopping, Don and his father, Canio, walked across the street to Bache and Co, a brokerage house. They waded through groups of brokers and clouds of cigar smoke to see the ticker where stock prices appeared from the New York Stock Exchange. This was Don’s earliest memory of the stock market.

After graduating from Manhattan College in 1977 with a BS in Accounting, Don obtained his CPA license while working at Pricewaterhouse Coopers. He went on to work at two of the most prestigious and innovative companies at the time, Xerox and then MCI, before starting his own CPA firm in 1982. Don Settanni, CPA PLLC currently has four employees, specializes in audits of non for profits and cooperative housing corporations, and provides tax advice.

Don started the investment business in 1996 as a financial representative of CJM Planning Corp. Around that same time, Don and his wife Ann started a not-for-profit organization called Special Kids of NY, which has donated over $500,000 to children with special needs.

Don is currently a member of Timothy Cardinal Dolan’s Archdiocesan Pastoral Council, a Member of the Board of Trustees at St. Patrick’s Church in Yorktown, NY, the President of Special Kids of New York in Katonah, NY, and father to three men, Lawrence, Donato, and David. He has been happily married for 36 years and has been a resident of Somers since 1988.

SETTANNI FINANCIAL Q2 MARKET UPDATE We have been receiving a higher number of questions recently regarding the markets. The most common question we hear is, "What is your stock market prediction?" Although we cannot predict the future,...

Now and again, the price action on Wall Street can surprise even the most seasoned investors. President Biden has proposed an increase in the tax on capital gains to 43.4% from 23.8% for those Americans who earn more than $1 million.1...

Check Your Withholding This Summer

How much are you withholding per paycheck?Is the amount too little? (Or too much?) Find out the answer before the year ends. You may not want to discover next year that your withholding amount for this year was too small. The I.R.S....